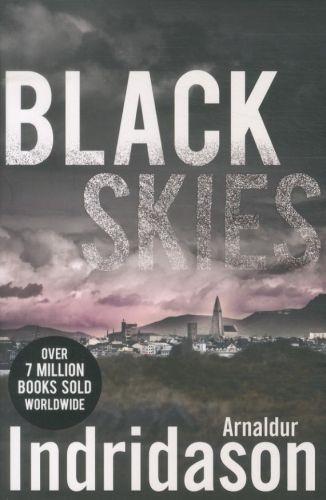 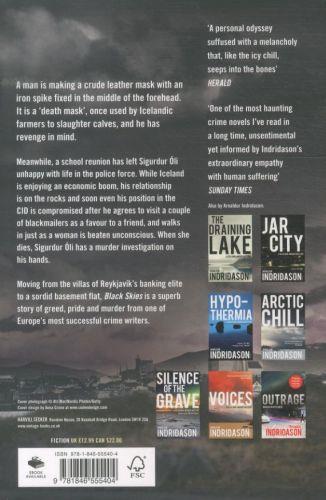 A man is making a crude leather mask with an iron spike fixed in the middle of the forehead. It is a ''death mask'', once used by Icelandic farmers to slaughter calves, and he has revenge in mind. Meanwhile, a school reunion has left Sigurdur Oli unhappy with life in the police force. While Iceland is enjoying an economic boom, his relationship is on the rocks and soon even his position in the CID is compromised after he agrees to visit a couple of blackmailers as a favour to a friend, and walks in just as a woman is beaten unconscious. When she dies, Sigurdur Oli has a murder investigation on his hands. Moving from the villas of Reykjavik''s banking elite to a sordid basement flat, Black Skies is a superb story of greed, pride and murder from one of Europe''s most successful crime writers.